Following his retirement from the bench in 2009, Judge Nichols served in the Assigned Judges Program until joining ADR Services, Inc. in 2019 as a full-time mediator, arbitrator, and referee.

Judge Nichols spent the first two years of his legal career as a Staff Attorney with the San Mateo County Legal Aid Society. Thereafter, he transitioned to private practice, maintaining a general trial and appellate practice in the law partnership of Nichols & Ambler. His work focused primarily on civil, family, and criminal matters heard in State courts, with a lesser portion of his cases heard in Federal courts. He tried over forty cases to verdict or judgment, in addition to handling countless pre- and post-trial matters along with a smaller number of administrative hearings and arbitrations.

Judge Nichols served as a member of the Mountain View City Council from 1977 until his appointment to the bench in 1984. His service began in 1977 by council appointment, after a public review process, to fill a vacancy. He was reelected in contested elections in 1978 and 1982.

Judge Nichols taught law at Lincoln Law School of San Jose from 1971 to 1976 and was named Outstanding Instructor of the Year during his tenure. He also taught for the California Center for Judicial Education and Research (CJER) and for the Continuing Education of the Bar (CEB). 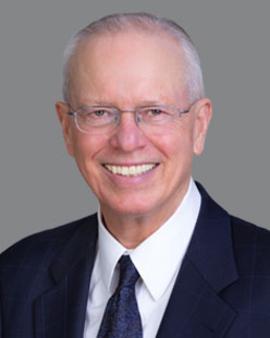